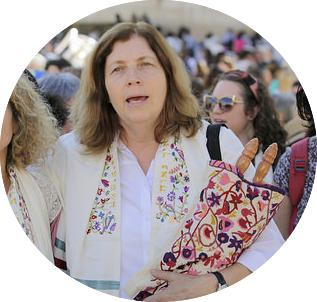 Chair of the Board

Anat Hoffman is the Executive Director of the Israel Religious Action Center, the legal advocacy arm of the Reform Movement in Israel. Previously, she held a seat on the Jerusalem City Council, where for fourteen years she stood in opposition to the policies of the city’s right-wing and ultra-Orthodox administration. She has dedicated her adult life to the Jewish principle of tikkun olam, which literally means repairing the world. 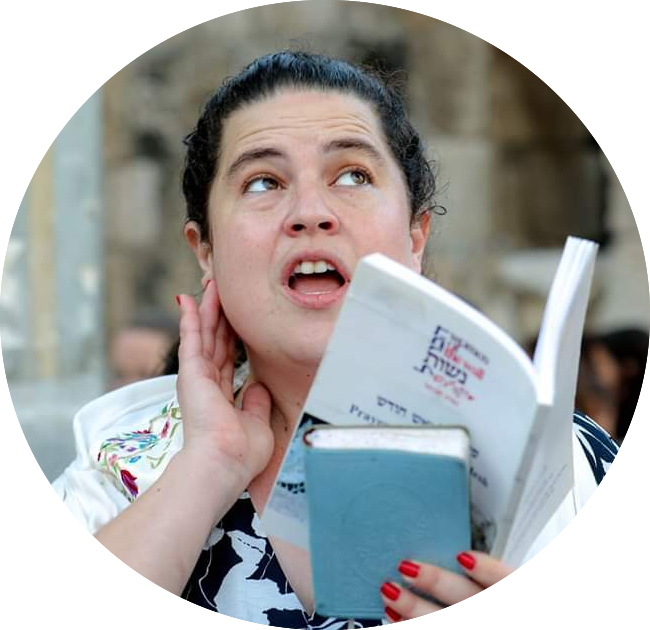 Vice Chair of the Board

Tammy Gottlieb lives in Jerusalem, and is originally from Rehovot. She was raised and educated in a Conservative home, and is a long-time member and current board member at Adath Shalom Emanual in Rehovot. Gottlieb works in the Masorti Movement.

Avigail Antman is a poet, literature teacher, and educator at the Masorti High School in Jerusalem. A member of Kolech, Religious Women’s Forum, she publishes a weekly poem about the weekly parsha. She has been a member of Shira Hadasha since its 2002 inception and grew up in the Jewish quarter of Jerusalem’s Old City, praying every Shabbat at the Kotel. 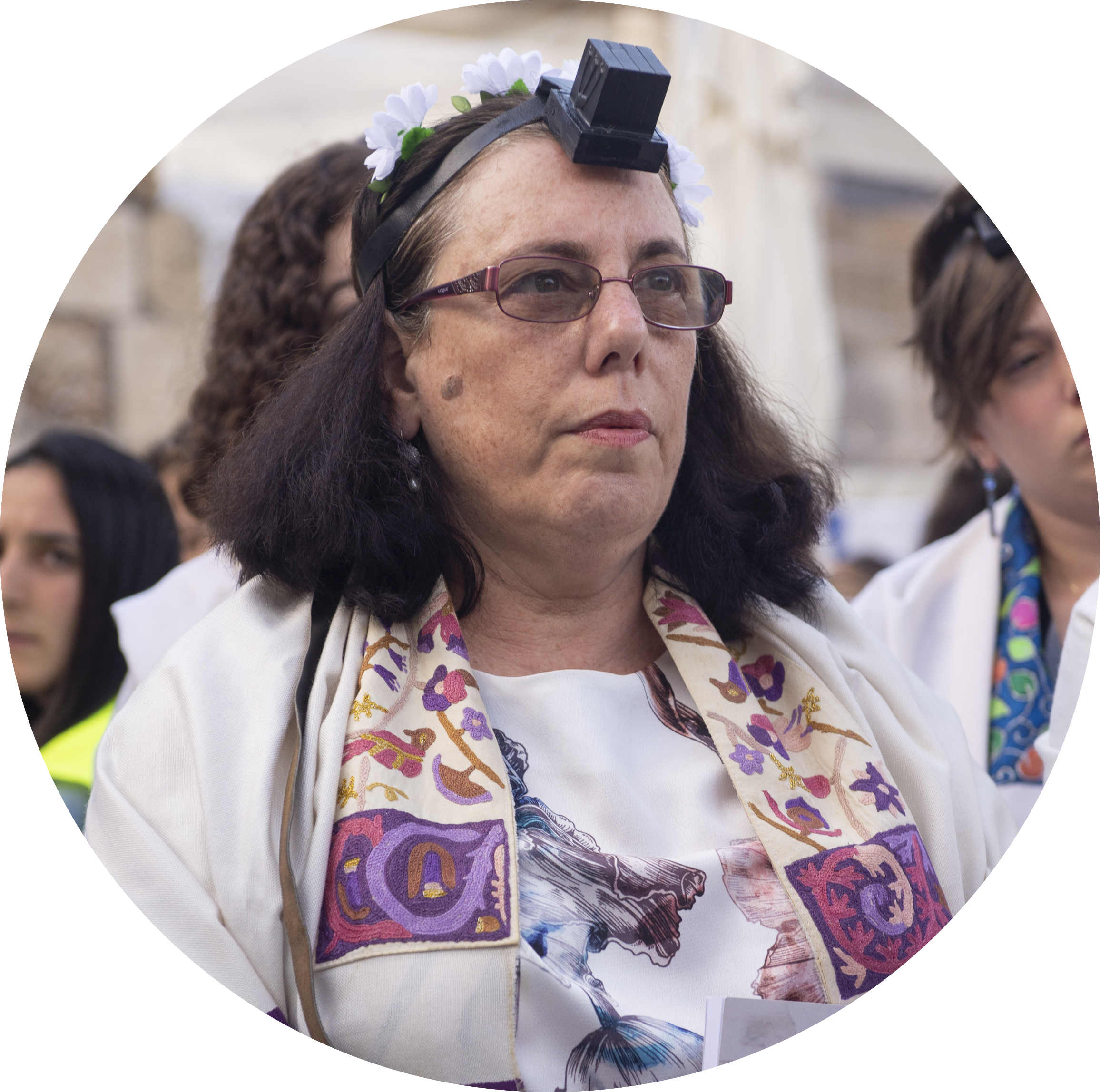 Linda Avitan lives in Rehovot, has a BA in Psychology from Rutgers University in NJ, and an MSW from Columbia University, NY. She was raised in the Conservative movement and has been active in the Masorti movement since making aliyah to Israel in 1982. Today, she is a board member of Adath Shalom-Emanuel Community in Rehovot. Avitan works with children and families, bth in the public, Welfare Ministry framework as well as privately. She joined Women of the Wall in 2010 when police began to arrest women at the Kotel. 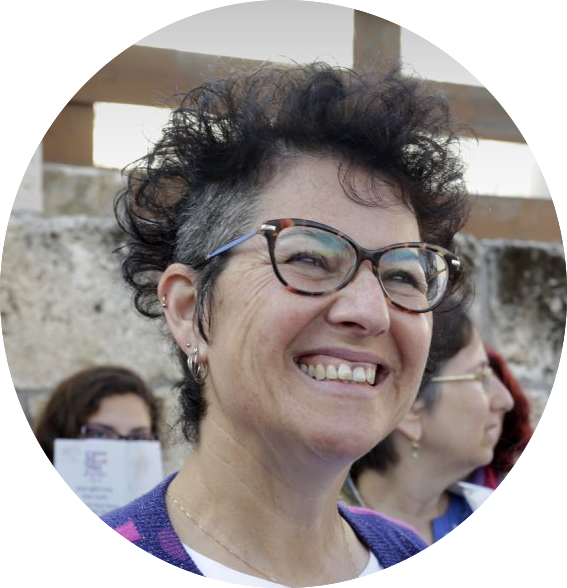 Ronit Boytner has prayed with WOW since August 2016. She was raised in a traditional Jewish home in Ramle, by parents who were Holocaust survivors. Today she lives in Modi'in, where she is an active member of the Reform community "YOZMA," a board member of the Reform Movement, and on the oversight committee of Modi'in-Rochester partnerships. Ronit is a passionate activist in areas of Jewish and Israeli identity, pluralism, equality, and tolerance.
Ronit is married to Guy, and mother of Yarden, Nadav, and Dana. In addition, she raises a dog and two cats. 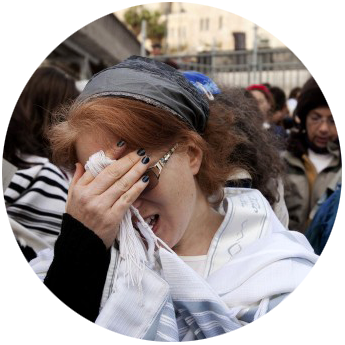 Rachel Cohen Yeshurun was schooled at Bais Yaakov of Montreal and was active with Beth Ora Synagogue youth. Rachel made aliyah in 1989 but took 22 years to discover Women Of the Wall! She received a Bsc. in Mathematics from the Hebrew University of Jerusalem and is currently studying towards a second degree in Computer Science. Rachel works as a computer programmer and is chair of Kehilla Masortit Ma’aleh Adumim. 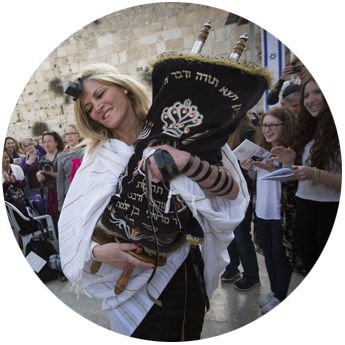 Dina Greenberg is director of projects for incorporating information systems at EPRP-Priority. She was born is Israel and raised in Moshave Nave Yerek. Dina joined WOW in 2013 looking for a worthy and just community for True Judaism.​ 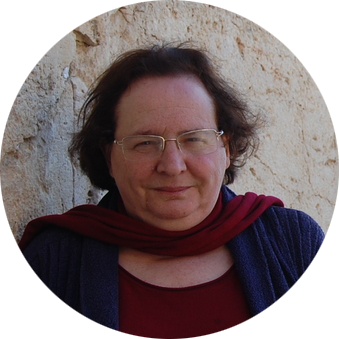 Batya Kallus has been involved with WOW since she moved to Israel in 1991. She is the Israel Advisor to the Fohs Foundation, a private American foundation that funds organizations which advance shared society and equality between Arab and Jewish citizens in Israel, and Program Officer for the Moriah Fund. Kallus has a B.A. from the University of Massachusetts-Boston in community planning, and a Master’s in Human Service Management from the Heller School at Brandeis University. 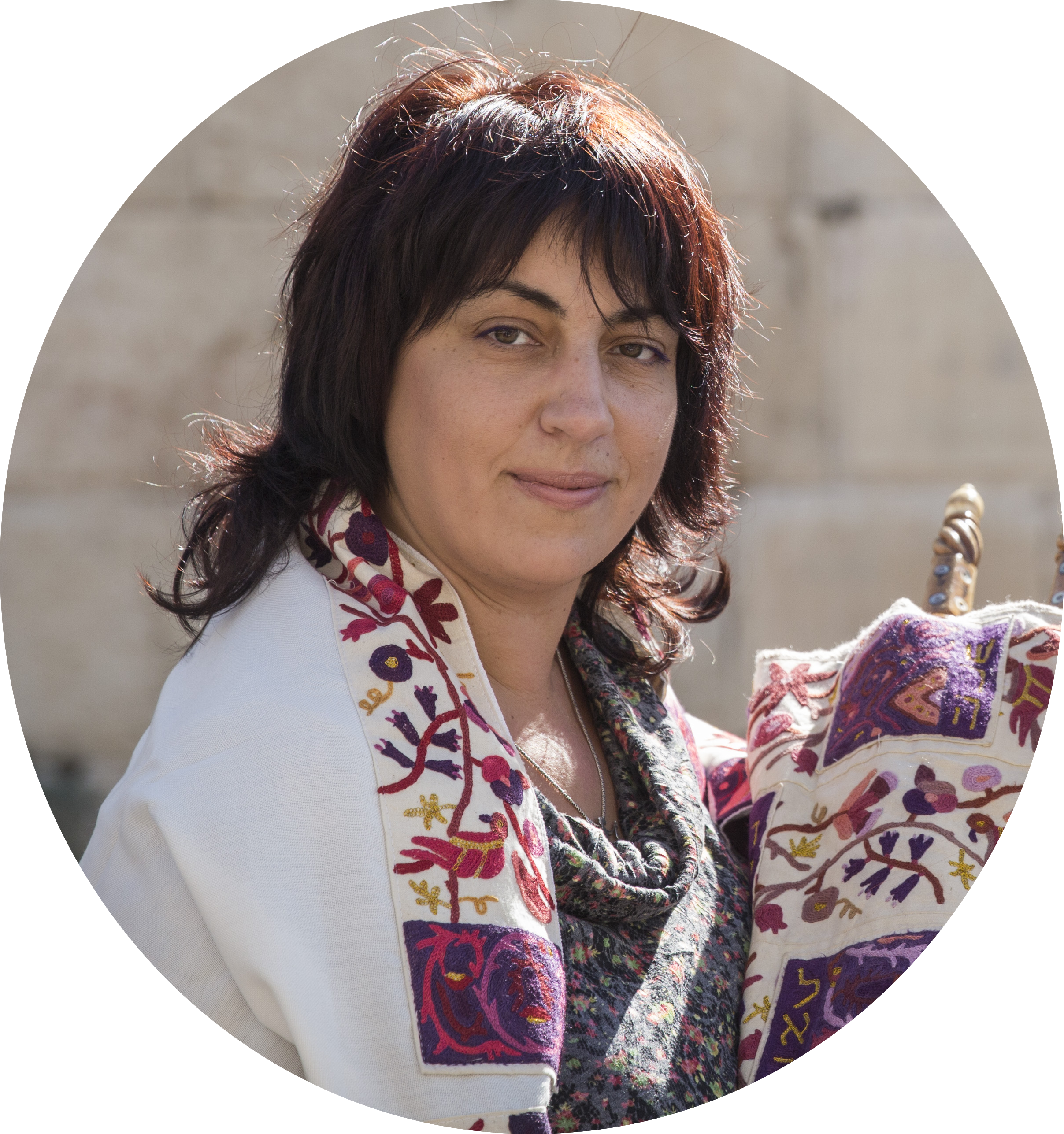 Irina made aliyah from Russia in 2003 with her daughter Sasha, who was a 1 year old baby. Sasha was the first girl to have a Bat Mitzvah with the Women of the Wall with a Torah Scroll at the Western Wall. Irina is the director of the Russian-speaking Women's Association "Kesher Project". She was trained to be a volunteer in the Sexual Assault Crisis Center (MASLAN), a group facilitator and founder of a Reform congregation for Russian speakers in Be'er Sheva.
Irina joined Women of the Wall in 2013 as a supporter and in 2017 became a board member. 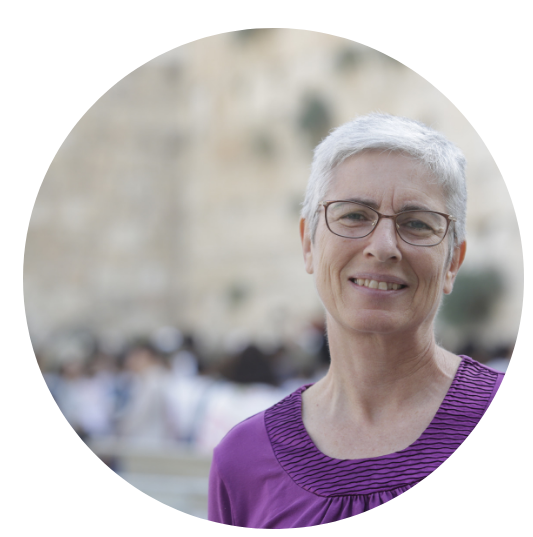 Dafna has been praying with Women of the Wall since 2013. Born in Jerusalem and today she lives in Modi'in, and is a member of the Conservative Synagogue "Shalhevet Hamaccabim". She holds a BA in philosophy and computer science from Bar-Ilan University, a master's degree in geography from Akron University in Ohio, and an MBA student from the Open University. She trains financially and effectively for families and individuals. Married with three children. 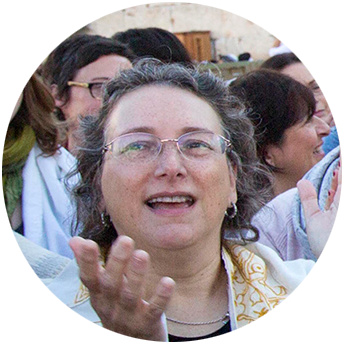 Bonnie Riva Ras made aliyah in 2010 and lives in Jerusalem. She has been involved in Jewish communal service as a professional and lay leader for most of her life. She worked in communications/PR and as a writer and editor for a Jewish nonprofit. In the US, she was an educator in synagogue schools for over 20 years and she previously worked as a journalist for Jewish newspaper. Bonnie is currently working as a freelance writer and book editor. 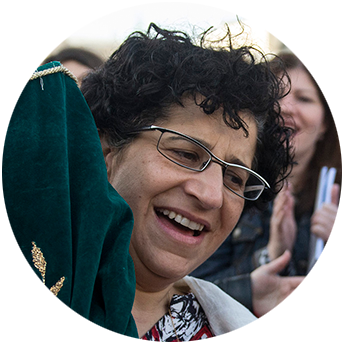 Sylvie has been praying with Women of the Wall since 2012. She was born in Paris and made aliyah in 1992. She grew up in the MJLF Reform Community in Paris and has a degree in Hebrew Literature and Language from the University of Eastern Languages in Paris. She know lives in Jerusalem, has studied at Machon Schechter and is a member of Masorti communities Zion and Maayanot in Jerusalem. Sylvie works in the Jerusalem Municipality, Department of Foreign Relations and Youth Missions. She is married to Danny and has 2 children, she loves Cantorial Music and cooking! 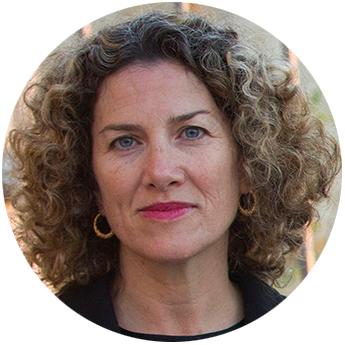 Riki is a Legal consultant for Kolech, a lawyer at the Israel Religious Action Center, and a lecturer at the Academic College of Kiryat Ono. Previous she served as Director of the Clinic for women’s rights and worker’s rights at the College of Management, Shaarei Mishpat College. Riki served a legal internship in the Supreme Court under Justice Daliah Derner and a post-internship at the Knesset Legal Offices. 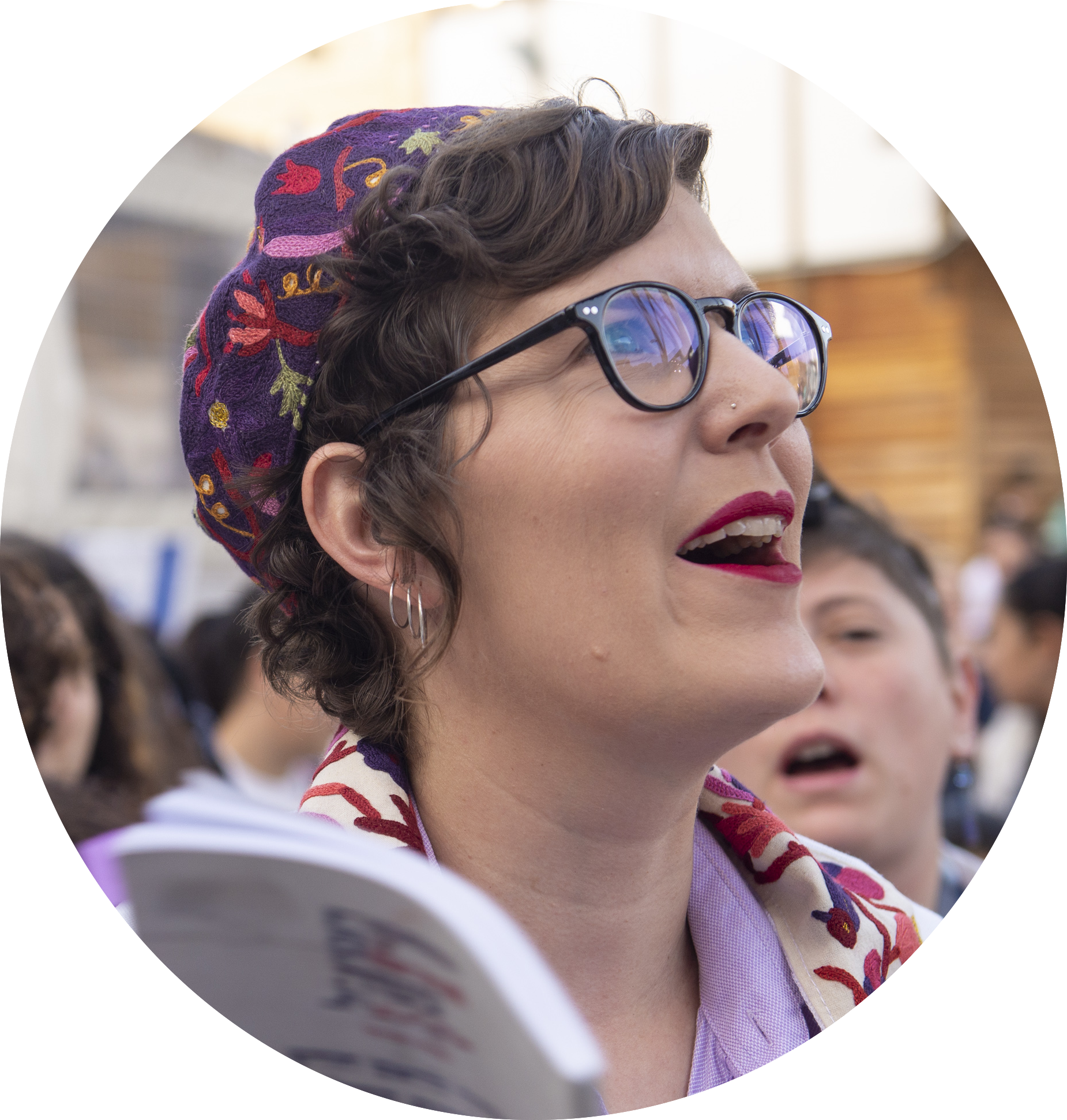 Dana holds a degree in Literature from the Hebrew University, and is currently completing her Masters in Contemporary Jewry, aspiring to become a Rabbi within the Reform Movement. She is a prominent feminist and religious activist in Jerusalem, as well as the Chairperson of Jerusalem Open House for Pride and Tolerance, and is a former volunteer of the Jerusalem Rape Crisis Center and a former board member of the HUJI student union. She Lives in Kiryat HaYovel in Jerusalem with life partner Shay and their crazy cat, and an active member of the Reform congregation there. 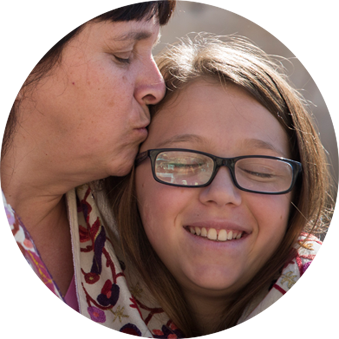 Rabbi Susan Silverman is an author, teacher and activist. She is the founder of JustAdopt, promoting adoption in Jewish communities in order to radically increase the numbers of orphans in permanent, loving families — with the added bonus of supportive social contexts. She is an advocate for social justice, pluralism and making Israel the place where Jews can be their conceivable best. Her book, Casting Lots: Creating a Family in a Beautiful, Broken World, will be published in May, 2016, by Da Capo Press. 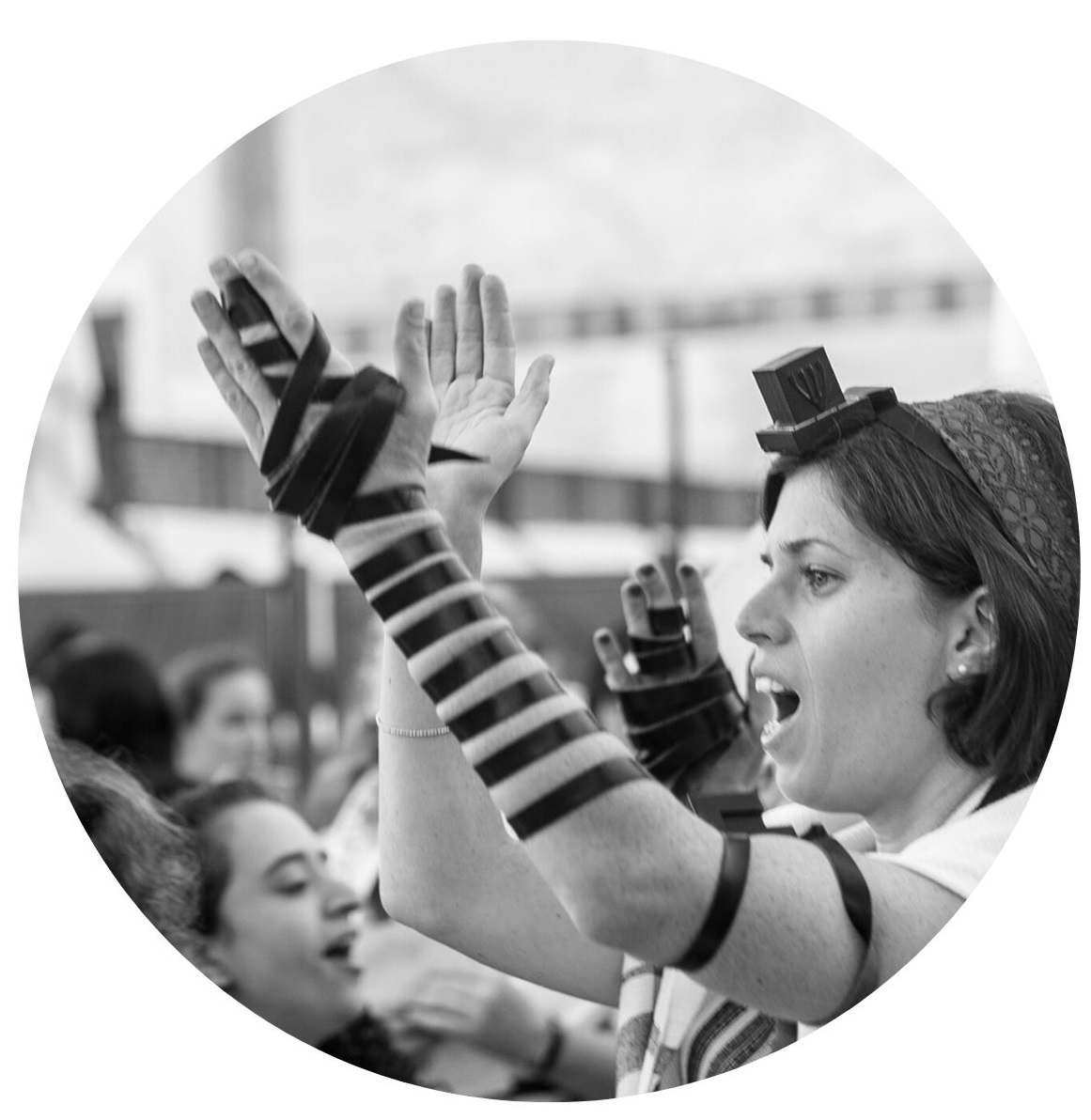 Yochi Rappeport, Executive Director of Women of the Wall, was born in Safed and raised in the Orthodox environment of the Old City of her birth.
Upon turning 18, Yochi was drafted to the Israel Defense Forces where she served as a commander in the Nativ Military Course - teaching Judaism and Zionism to new immigrants and non-Jewish soldiers.
Following her military service, Yochi studied Political Science and Middle Eastern Studies at Bar Ilan University. After graduating, she served as an executive assistant at an Israeli news agency.
Yochi joined Women of the Wall in 2016 as Director of Education and Community Outreach. Yochi, with her vast pedagogical and halachic knowledge, dedicated herself to educating and inspiring the Israeli public about WOW’s mission to achieve gender equality and religious pluralism.
In 2019, after expanding WOW's educational activities to more than 3,000 people a year – including 2,000 students - Yochi was appointed Executive Director of the organization.
Yochi's identity as an Orthodox woman and feminist shows that a woman may indeed possess both attributes. Married and the mother of toddler girl, Yochi strives to make Jerusalem and Israel more tolerant places for her daughter’s generation and beyond.
In her free time, Yochi volunteers for “Not Standing Aside” (Lo Omdot Mineged), a non-profit which helps women once involved in prostitution with their immediate needs and avenues towards healing. 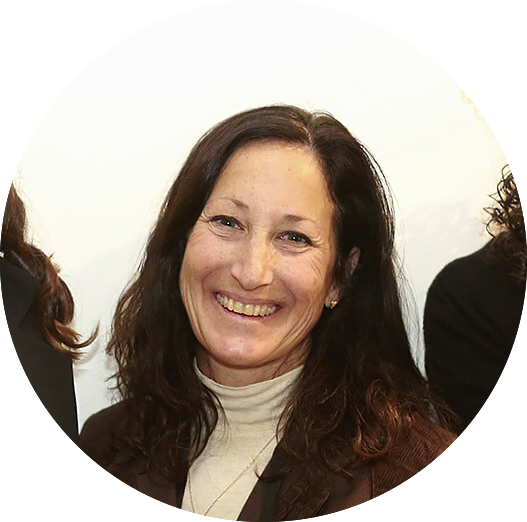 Nechama made aliyah in 2009. While in the US, Nechama worked in various business realms and Jewish communal service. She has been awarded a BA in Economics, an MBA in International Business, and a certificate degree in Synagogue Management. Nechama both volunteered at and was employed by Leket Israel and is a volunteer at Kehillat YOZMA and Kehillah Birkat Shalom. She spends a great deal of time advocating for liberal Judaism in Israel.

Lesley Sachs served as WOW's Executive Director 2009-2019.
Lesley is the 2014 recipient of the NCJW Jewel Bellush Outstanding Israeli Feminist award and was one of the founding members of “Isha L’isha – Haifa’s Feminist Center” and worked for 10 years in the Israel Women’s Network. Lesley served as executive director of the Israel Religious Action Center (IRAC), vice president of the World Union For Progressive Judaism and founding director of Project, Kesher Israel. She served on the board of directors for the Jerusalem Women’s Shelter, board of directors for the JNF-KKL and currently she is chairperson of the pre-army mechina Michmanim in Jaffa.
כל הזכויות שמורות 2016 | נשות הכותל